Our eTextbooks are published to the Amazon Kindle store. Despite any degree of moral opposition, this wasn’t a difficult decision to make. After all, Kindle offers a massive amount of international distribution, within three hours of a touch of a button, as well as an impressive assortment of sales statistics, for those interested, and the ability to play around with metadata and promotions tactics, in order to try to stimulate sales.

Across the duration of the eTIPS project, we’ve been looking at elements of Kindle eTextbooks that we believe are similar to those we’ve published there, and to ascertain trends and commonalities across the eBook market aimed at under and postgraduate students undertaking a research project. Our work involves discovering trends in two groups of eBooks. Each week we record the changing price and chart position on Amazon.co.uk of over twenty-five eTextbooks that share something in common with ours – a cross-over of themes, keywords, title, and we would add four or five titles to our list every six month or so. We also work with about eight or so titles that we believe are direct competitors to our own – they are being used by academics teaching research modules at the two Universities partnered to eTIPS – UHI and Edinburgh Napier. We’ve been keen to benchmark cost and chart movement across both groups, and to understand commercial versus self-published success. Ultimately, we wish to know the degree to which the Amazon Kindle store represents a viable option for educational eTextbooks, and to understand why some eTextbooks are used in learning and teaching.

There’s no better time to buy a Kindle eTextbook. Our numbers show that, successively over the last three years, consumers will receive more bang for their buck – as titles that address research projects have progressively become cheaper and, overall, a bit longer. There are a couple of good reasons for this. First, that commercially published titles from the likes of SAGE, Pearson and Springer have realised and capitalised on the mass-market appeal of Kindle, taking a strategic approach to pricing them down, comparatively, from what they were five years ago. Second, the ease by which an individual can self-publish through Kindle has, in the same five years, permitted an influx of non-commercial titles to the marketplace, the pricing of which tends to be set low. We know that overall competitor prices have fallen across Amazon.co.uk by around 25%, between 2014 and 2016. Are we entering into a consumer-facing learning resources marketplace, fuelled by lower prices, where students are motivated to purchase a title, rather than borrow it from their University or College library?

eTIPS’ own Kindle titles are available for £1.99/$2.99 each (Figs. 1 & 2). At our most recent point of comparison, (that shortlist of eight or so), these are the cheapest available overall, and 11% of the cost of the most expensive. In fact, only two of the titles on the list are priced at around the same point of ours. The average across the whole list is available for about £14.

Figure 1 – Performance of eTIPS eTextbooks (in **) against direct competitor titles – those used in Edinburgh Napier University and UHI (rankings taken from Amazon.co.uk on 30th October 2017) 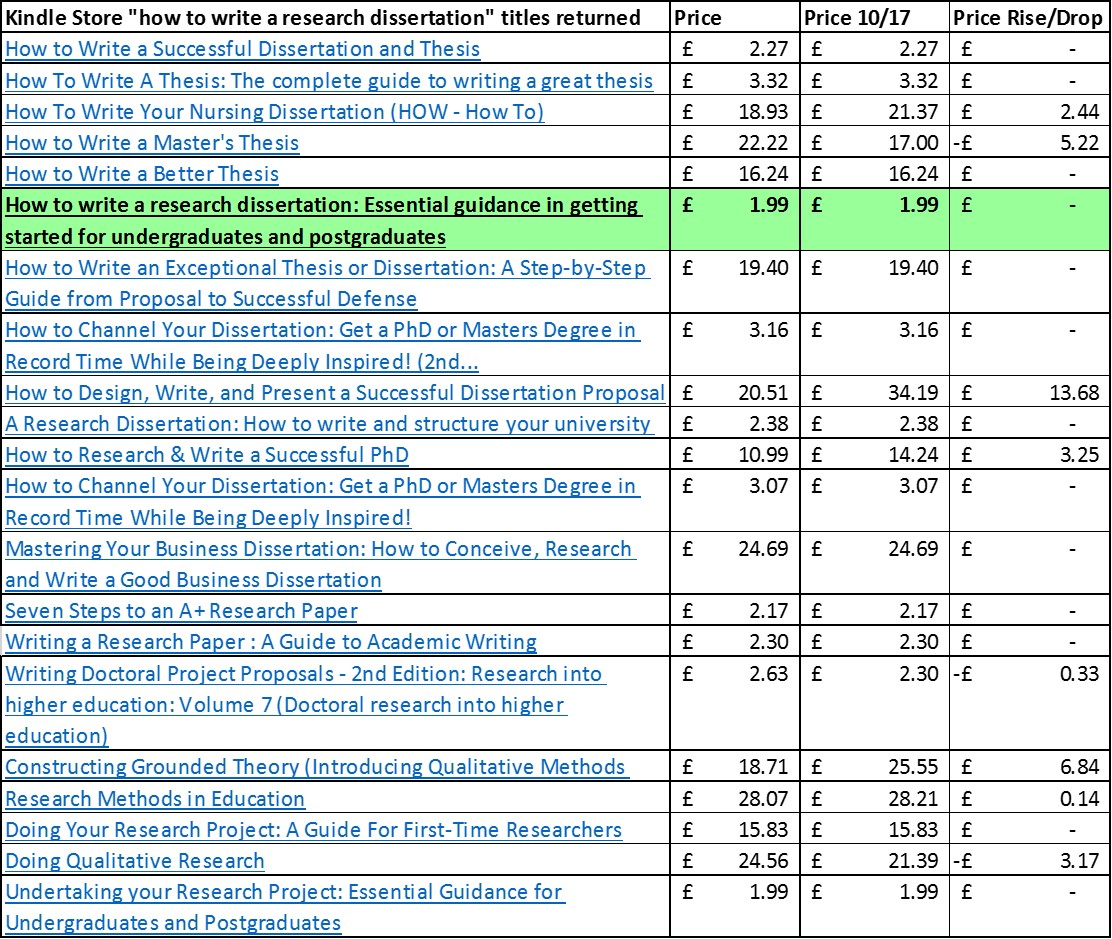 Figure 2 – Prices from the beginning of the study and the prices of those same titles today.

We’ve reflected on the changing rankings, on Amazon.co.uk, of our direct competitors, over the previous few years and, almost without exception, seen them fall in their genre charts. When a Kindle title is first published and achieves a sale or two, it will reach the dizzy heights of the top 10,000 but, over time, will see it slide into the 100,000s and further, where no readers make a purchase. Comparatively, eTIPS titles have jumped up and down quite a bit, and we believe that this follows periods of marketing, promotion, and price change – we have offered the titles for free on a number of occasions. Exploiting this opportunity afforded by publishing to Amazon is likely to benefit ranking position and keep titles visible and active.

Visibility and activity is also helped by the metadata added to a Kindle title and, in working through our competitive analysis, we’ve taken some time to understand the data indicated by factors other than price and ranking, bringing that understanding back to eTIPS’ own records (Fig. 3). Some is unavailable to use – for example, the keywords added to a Kindle record.

Some, like the title, description and author information, can be seen and interpreted. Across our larger competitor list, many titles display what appears to be a standard book description, often quite lengthy and formal and listing the lead author, but failing to link this through to an Amazon Author Central profile. We believe that there is a strategy to improving the visibility of Kindle titles, and of understanding the reading habits of customers (Figs. 4 & 5), that few in our lists have discovered.

Figure 5 – What Other Items Do Customers Buy After Viewing This Item? Amazon.co.uk display for the first eTIPS eTextbook

In a future blog post, we’ll provide further detail about the methodology of our competitor analysis, and what else we feel this has allowed us to understand about Amazon Kindle, and those eTextbooks currently used by our students.

We use cookies on our website to give you the most relevant experience by remembering your preferences and repeat visits. By clicking “Accept All”, you consent to the use of ALL the cookies. However, you may visit "Cookie Settings" to provide a controlled consent.
Cookie SettingsAccept All
Manage consent

This website uses cookies to improve your experience while you navigate through the website. Out of these, the cookies that are categorized as necessary are stored on your browser as they are essential for the working of basic functionalities of the website. We also use third-party cookies that help us analyze and understand how you use this website. These cookies will be stored in your browser only with your consent. You also have the option to opt-out of these cookies. But opting out of some of these cookies may affect your browsing experience.
Necessary Always Enabled
Necessary cookies are absolutely essential for the website to function properly. This category only includes cookies that ensures basic functionalities and security features of the website. These cookies do not store any personal information.
Non-necessary
Any cookies that may not be particularly necessary for the website to function and is used specifically to collect user personal data via analytics, ads, other embedded contents are termed as non-necessary cookies. It is mandatory to procure user consent prior to running these cookies on your website.
SAVE & ACCEPT